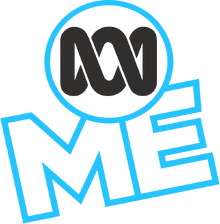 ABC Me (stylised as ABC ME) is an Australian children's free-to-air television channel owned by the Australian Broadcasting Corporation. It officially launched by then-Prime Minister Kevin Rudd on 4 December 2009 as ABC3.

ABC ME is channel 23 on free-to-air and channel 723 on Foxtel and Optus. The InBESTigators full episodes can also be watched on demand on the ABC ME app and the ABC ME live stream available on ABC iview.

Community content is available under CC-BY-SA unless otherwise noted.
Advertisement